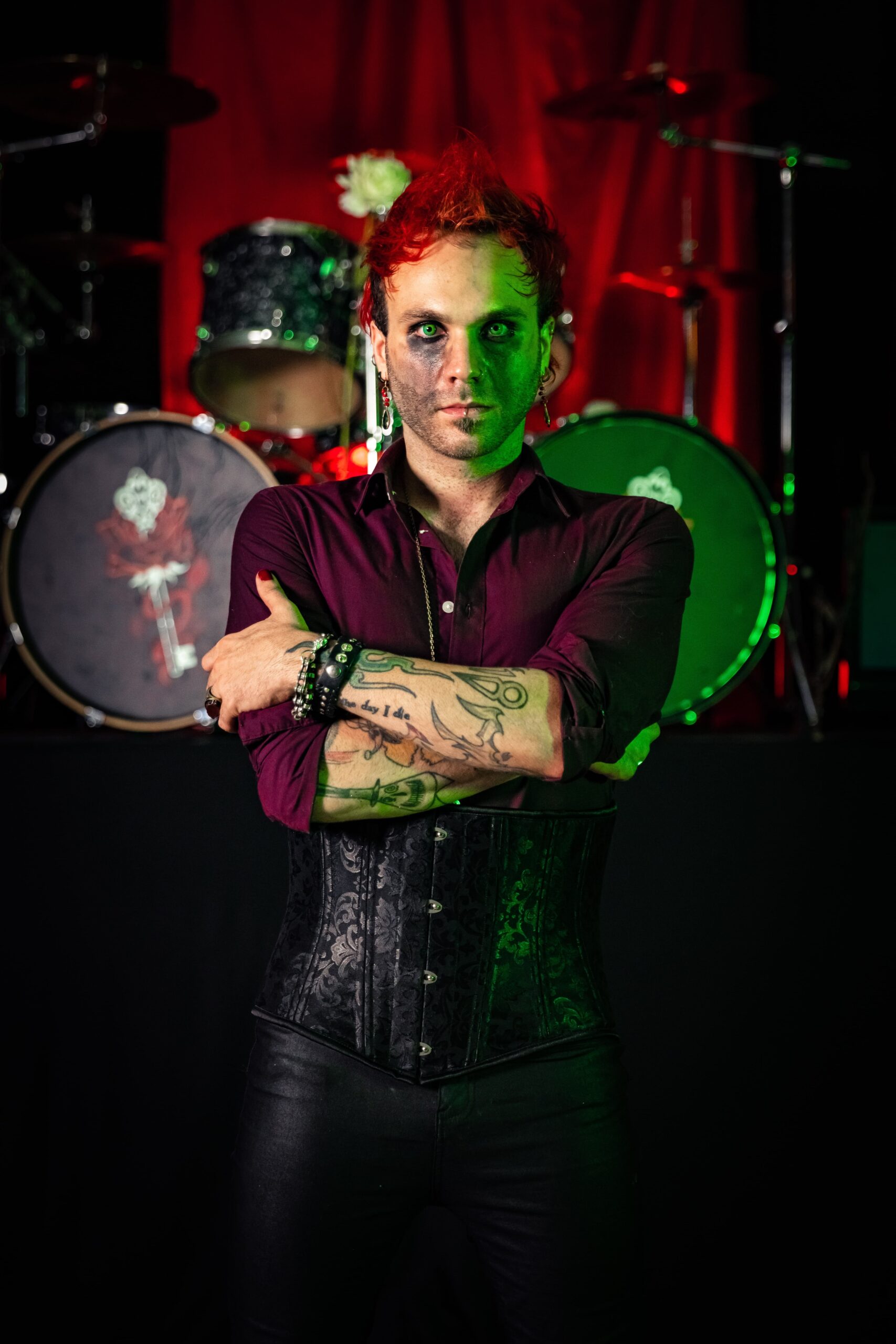 Stefano started singing in 2014, after a long time of guitar playing with other bands. He needed to find his place in the music world, and some years and a lot of practising later, He found Alessandro and Matteo, that push him to realize his dreams. In the years between 2014 and 2019 Stefano joined different groups as vocalist: ‘Unravel’ (disbanded), Outside Tears, Outsiders. The activity with these bands allows him to study with many different musicians, like Daniela Peroni, Messalina Fratnic, Campani (Notre dame de parìs), Roberta Caroli with the help of Franco Fussi, a speech therapist from Ravenna, always working to improve his voice.

He’s a passionate fan of musicals and recitation. He’s also a film-maker and a writer, under a pseudonym. He loves listening to different types of music. He grew up with Linkin Park, Sum 41, Him, Evanescence and Nightwish. He really likes the emo sounds of early 2000′, My Chemical Romance, Underoath, Bring Me The Horizon, Eighteen Visions, Armor For Sleep, Motionless in white, Avenged Sevenfold, Shinedown, Paramore, Rise Against and Green Day. But also pop, Tears for Fears, The Cure, Blue, orchestral compositions.

Trivia: He’s vegetarian and a supporter of animal rights.