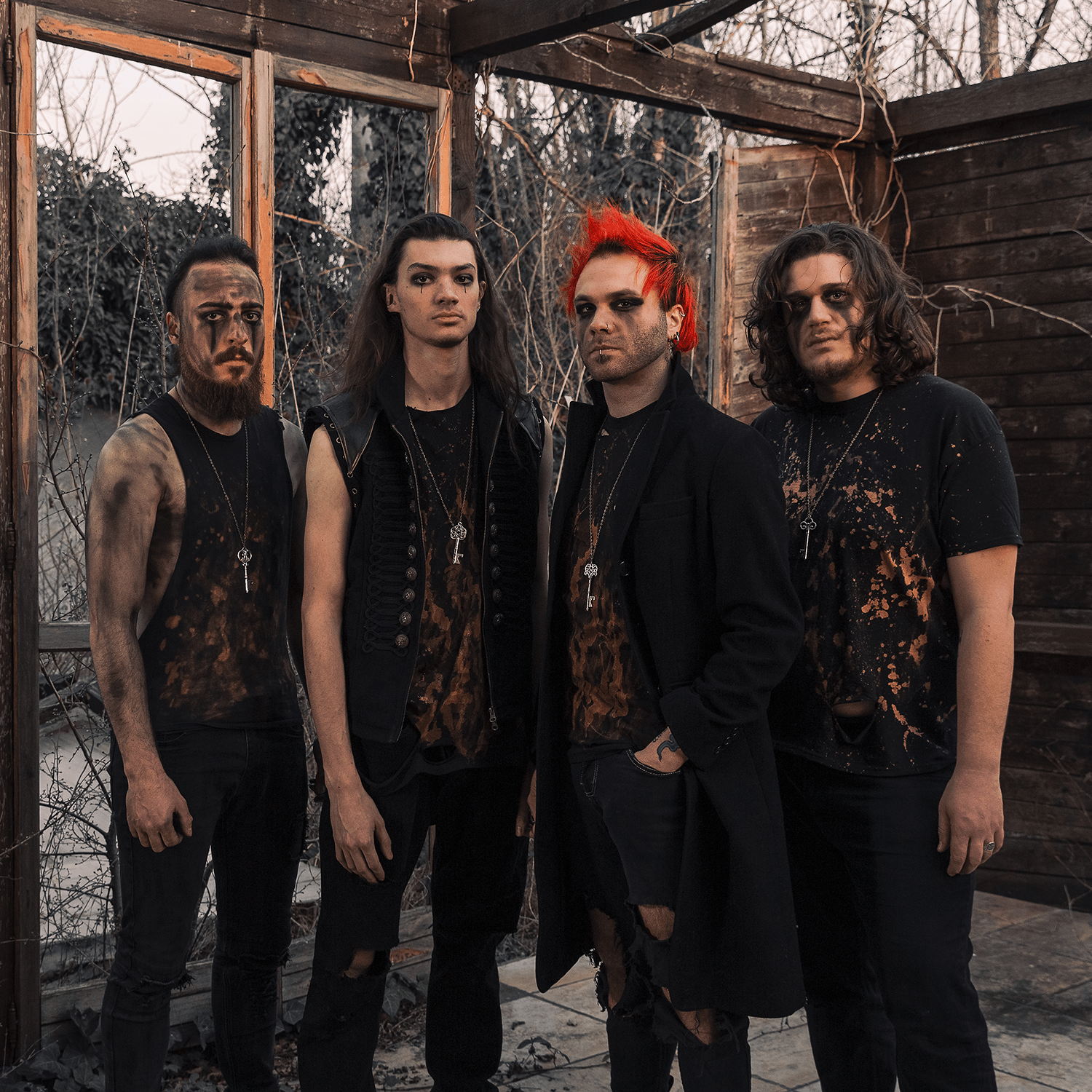 1.Where did you get the idea for the band name, you planned it or came out just like that?

This is a very interesting and funny question. We’ve been without a name until our first gig and we started brainstorming words that could fit well together. At the time our concept wasn’t perfectly clear in our minds but we already knew what was our direction, in fact, only at the third song we noticed that they were all telling the same “story”. It’s like Gatecloser had always been inside us. The idea of a guardian that always awaits behind your back seemed the perfect starting point to build up our messages. A local old man that every day opens and closes the gates of a public park in our city gave us the idea to link the words “gate” and “closer” to create our band name(and the entity’s name too). Soon after we realized that this figure that we had just createdwas the perfect personification of Time.

2.Why did you want to play this genre?

Everyone of us is in love with Heavy Metal and when we started out rehearsing, the idea was to play Metal without thinking about a certain kind in specific, so everyone poured in their influences and what you’re going to listen in From The Wasteland is what came out from this mix of feelings.

3. Did you know each other before the band was formed?

We are the perfect example of what we write in our lyrics… Alessandro met Matteo by chance hanging out with some old friends, during that period they went to some local gigs where Stefano was playing live with his old project and when they decided to form a band they asked him to join. Pure case, Nicola moved from Perugia two years before to study at the university where he met some Stefano’s friends. When the newborn band was looking for a bass player he became the first choice. This band exists for a funny series of coincidences!

Alessandro doesn’t have a favorite band for his personal choice. Stefano’s favorite band is HIM, Matteo’s Favorite is Pantera and Metallica for Nicola.

5. Who or what inspires you to write songs?

Some topics of Literature, Philosophy and Psychology helped us a lot but every member shares with the others their own inspirations and ideas.

6. Where was your last gig?

Our latest gig was in Milan at Legend Club in February 2019 with Kiko Loureiro and our friends Chronosfear.

Wherever they want us to.

With every badass musician around.

Any egocentric dickhead can stay away from us.

10. Any of you has ever suffered from stage fright? Any tip for beginners on how to beat that?

Some anxiety helps to give the best on stage and everyone of us tries to do it because we really care about our project and we want everything to be perfect. Before every concert we mentally prepare to become a unique thing. Everyone should think about how to deliver the best performance ever instead of thinking what could go wrong.

11. What bands have inspired you the most?

12. What’s the weirdest thing a fan has ever asked you for?

Stefano was asked to sign the stomach of a crazy guy after a gig.

Thanks for hosting us! Stay tuned on our socials and don’t miss the upcoming news about the release of From The Wasteland. Beware… The Gatecloser is already watching you.