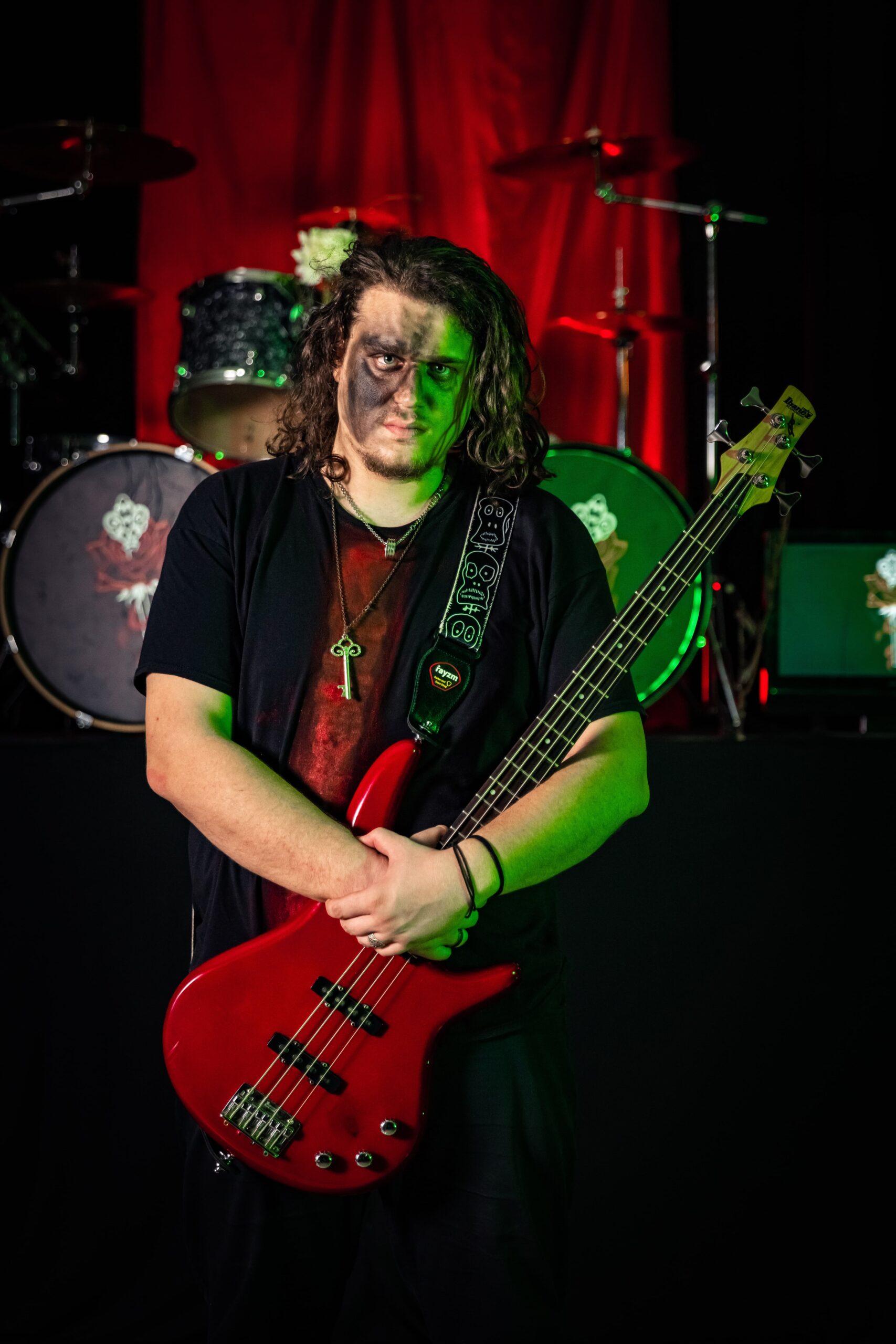 Nicola begins to play the bass in 2009 at the age of 14 studying for four years in a private school under the direction of Riccardo Corradini.
He plays in various bands of different musical genres and on September the 13th of 2014 he moved to Faenza where he met Stefano Tarroni who offered him to become the bass player of Gatecloser on September the 2nd of 2016.
Meanwhile he keeps on privately studying with Gianluca Ravaglia and with Luca Nicolasi (bass player for “Gli Atroci”) at the MMI.
As Gatecloser’s bass player he recorded From the Wasteland, released on September the 22nd of 2020 and he plays in the biggest Italian cities opening up to band such as Eldritch, Gli Atroci, Secret Sphere, Alestorm, Skálmöld and Kiko Loureiro. Nicola become also a buss teacher at Modern Music Institute (MMI) located in Forlì (FC).

Trivia:
• He usually plays parts of his band songs with some sticks borrowed from his drummer Alessandro Cupici.
• Two of his favorite musical genres are Pop, Rap and Dance