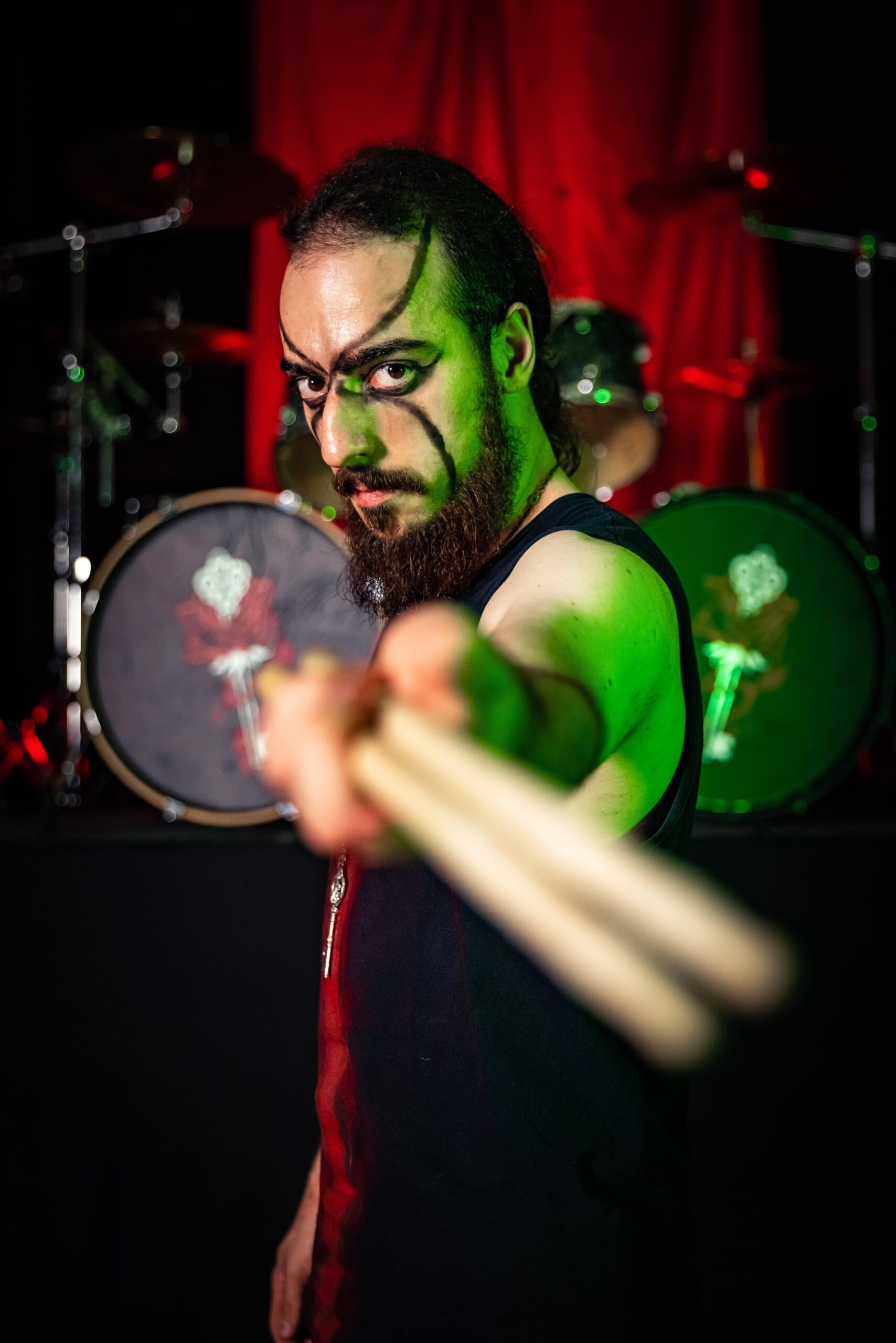 Alessandro discovers music for the first time at the age of 6 playing the guitar with his schoolmates under the guidance of the music teacher during recreation. At the age of 10 he starts taking drum lessons in which, however, he does not put much effort to focus on other interests, in 2011 he becomes the drummer of the school orchestra. In 2012 he puts aside music to devote himself to other passions which he will abruptly abandon in 2015, retracing his steps, he starts taking drum lessons again (choosing Oriano Righi as a teacher) leaving everything behind. In 2016, after playing in a local Rock band for a few months, he founded Gatecloser beginning his career as a musician. Since 2018 he’s been studying at Modern Music Institute (MMI) under the guidance of Federico Gatti (Wind Rose, Ancient Bards) and Ricky Turco. Alessandro become also a drum teacher at Modern Music Institute (MMI) located in Forlì (FC).

Trivia:
• Alessandro, like his drumming, is influenced by a lot of musical genres. In addition to Rock and Metal (the two genres in which he most recognizes himself) he has a very strong passion for Country, Folk, Blues, Classical, Celtic and Funk.
• In 2017 he played with Jim Pearson and his band at Woodtick Festival in Darby (Montana, USA).
• From the age of 6 to 15 he’s been a Motocross rider at a competitive level taking part to regional and national competitions.
• From the age of 6 to 14 he’s been a Karate fighter reaching the level of I° Dan black belt. He took part to regional, national and international competitions.
• From the age of13 to 17 he practiced BMX Freestyle at an amateur level.